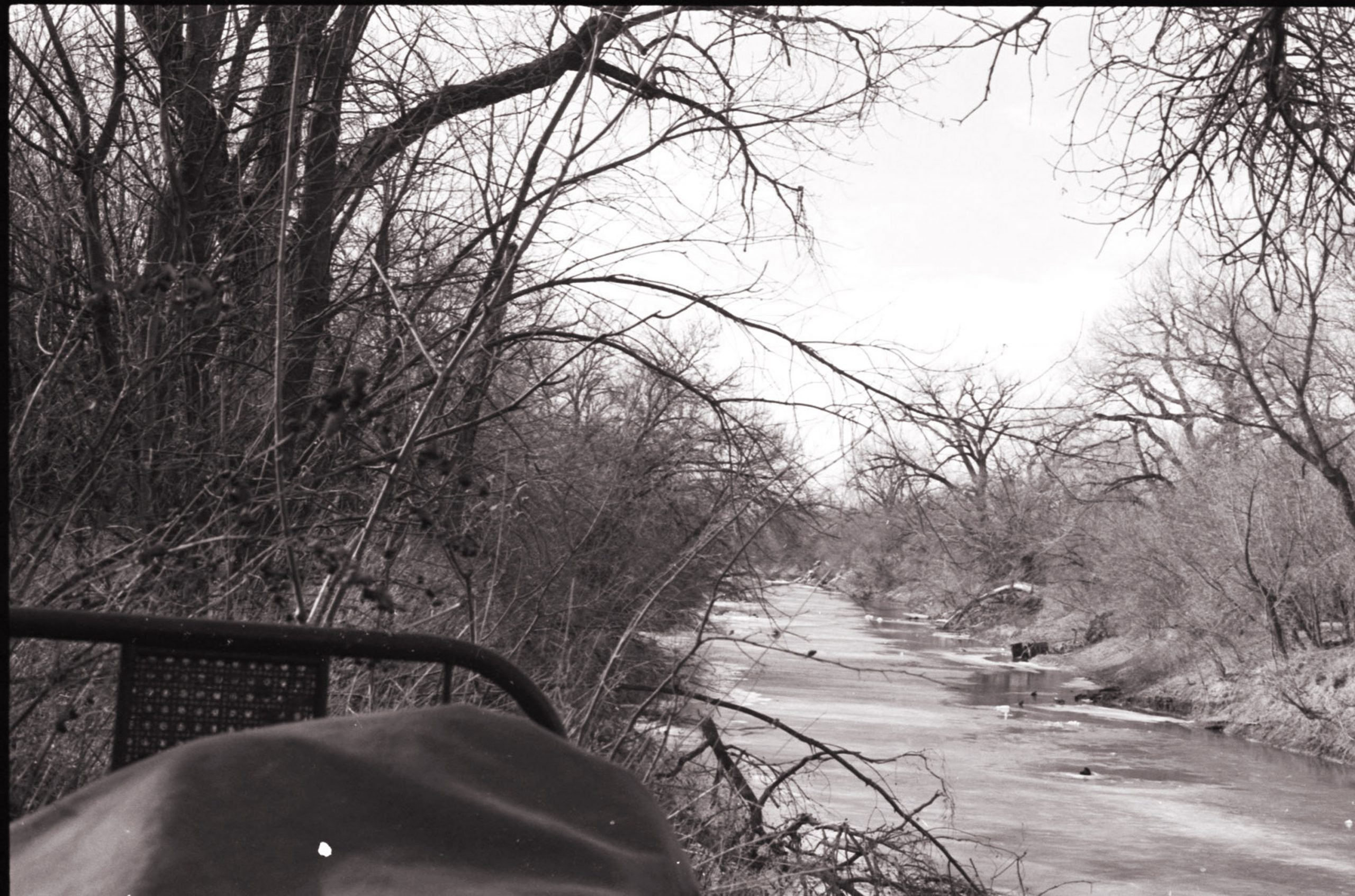 In January of 1976 I took a class called ‘Conceptual Art’, co-taught by my sculpture professor Don Osborn and painter Tom Klocke.  I was 21 years old at the time, enjoying every minute of my art school days at Bethany College located in a beautiful, small town called Lindsborg, Kansas. The class met 5 times a week during that month. Most of the time we’d sit in a big circle in the painting lab, seriously discussing the meaning of art for hours on end. After a couple weeks of this it was time for the students to take action and to create a piece.

This is the “performance art, environmental/location” piece I decided to do: I would place a bed in the woods down by the Smoky Hill River and stay in it from dawn till dusk, describing the scene and recording every thought that flickered through my brain. It was mid-winter, so it was a challenge to pull off to say the least.

44 years later, in January of 2020, I found myself back in Lindsborg on the very day I’d performed the 1976 piece. I simply had to do it all over again. It would be interesting to see what a 65-year-old man would write down and find significant about the day and the ‘performance’ itself.

During ‘Bed in the Woods 2’ I realized one of the main motivating factors for reenacting the piece was the role that Don Osborn had played in my life. He was an art hero for me way back then. He was confident, honest, happy, fun loving yet very serious about his role as a teacher and an artist. I looked up to the man and wanted to be like him.

Don told me he always liked this piece. Why I can’t say, nor could he. He just liked it, and that meant a lot to me.

Maybe that’s all that art is. 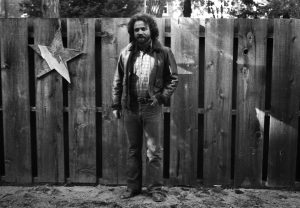 A BED IN THE WOODS 1

(random thoughts during the execution of the piece) 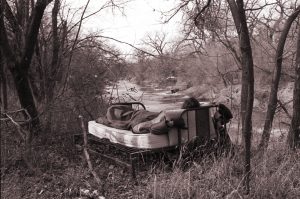 one pair of pants (blue jeans)

one pair of gloves

one nylon down jacket

one peanut butter and jelly sandwich

one pair of long johns (bottoms) – not on

one extra pair of gloves 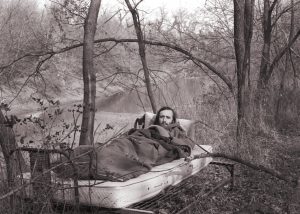 Bob Fair for the transportation in Cherry Parfait

Jim Lee for the photography

Nancy Hagstrand for the hot chocolate

Steve Sundell for the grapes

My mom for the brownies

Jenny Magliery for the sleeping bag

Kathy Forester for the typing