Fishes of the Salish Sea Mural at UW

The faculty from the University of Washington’s School of Aquatic and Fishery Sciences (SAFS) department commissioned this painting. The original is 7 by 15 feet, acrylic on canvas and took me about a year to paint. It’s hanging prominently on the wall at the SAFS building.  What is the Salish Sea? Here’s what Wikepedia has to say: The name Salish Sea was coined only in the late 20th century, and was officially recognized by the United States in 2009 and by Canada in 2010, to describe the coastal waterways surrounding southern Vancouver Island  and Puget Sound between Canada and the United States of America. Its major bodies of water are Puget Sound, the Strait of Georgia and the Strait of Juan de Fuca.

There are about 100 species of fish depicted along with the Seattle skyline, Mt. Rainier, a pencil, a paintbrush, a slice of pizza, the Edgewater Hotel, the Kalakala ferry, and Professor Trevor Kincaid. You can get signed art posters of this insanely detailed fish-filled image in our web store by clicking right here. 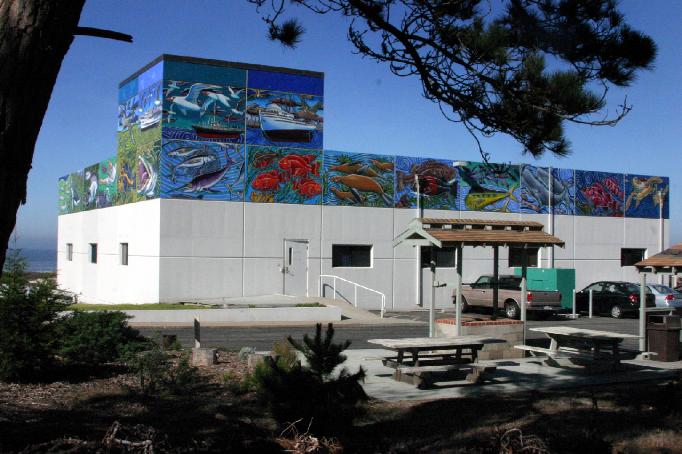 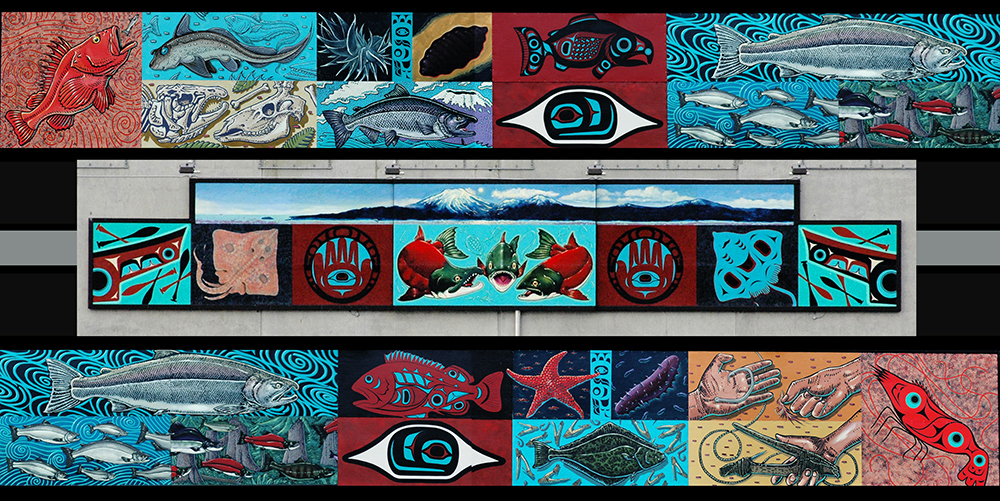 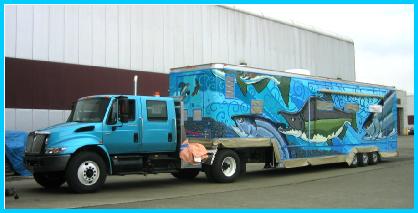 In the summer of 2001 I worked with a team of artists painting a 40 foot long trailer for the Alaska Fish and Game Department. It’s a mobile classroom that travels from town to town educating kids about the cool ways of Alaskan Fish

Fellow artists Roberto Salas, Guillermo Juaragui, and Carla Potter worked with me in covering every inch of the trailer’s surface. We finished the job after 9 days of very intense labor. Fritz Kraus with the State’s sport fish division was the main power behind making this whole incredible thing happen. I’ve worked with Roberto on several other projects in recent years. We did two jellies murals for the Monterey Bay Aquarium in the summer of 2002. You can see examples of his other public art projects at www.robertosalas.com. 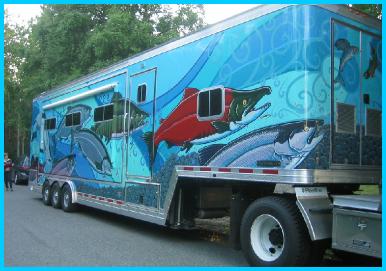 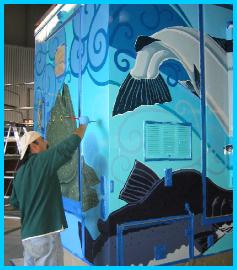 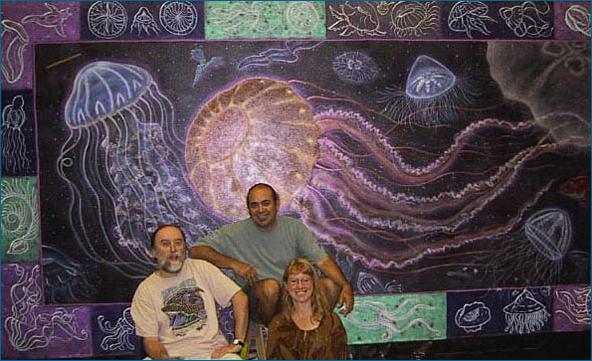 As part of the “Jellies, Living Art” ongoing exhibit, I painted two large murals with my artist pals, Roberto Salas, Carla Potter and Kate Spencer in late August. One of the murals is on display at the aquarium and the other is at the Moss Landing Marine Lab. 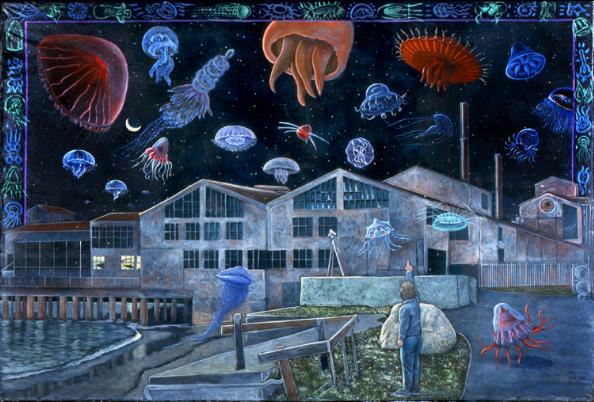