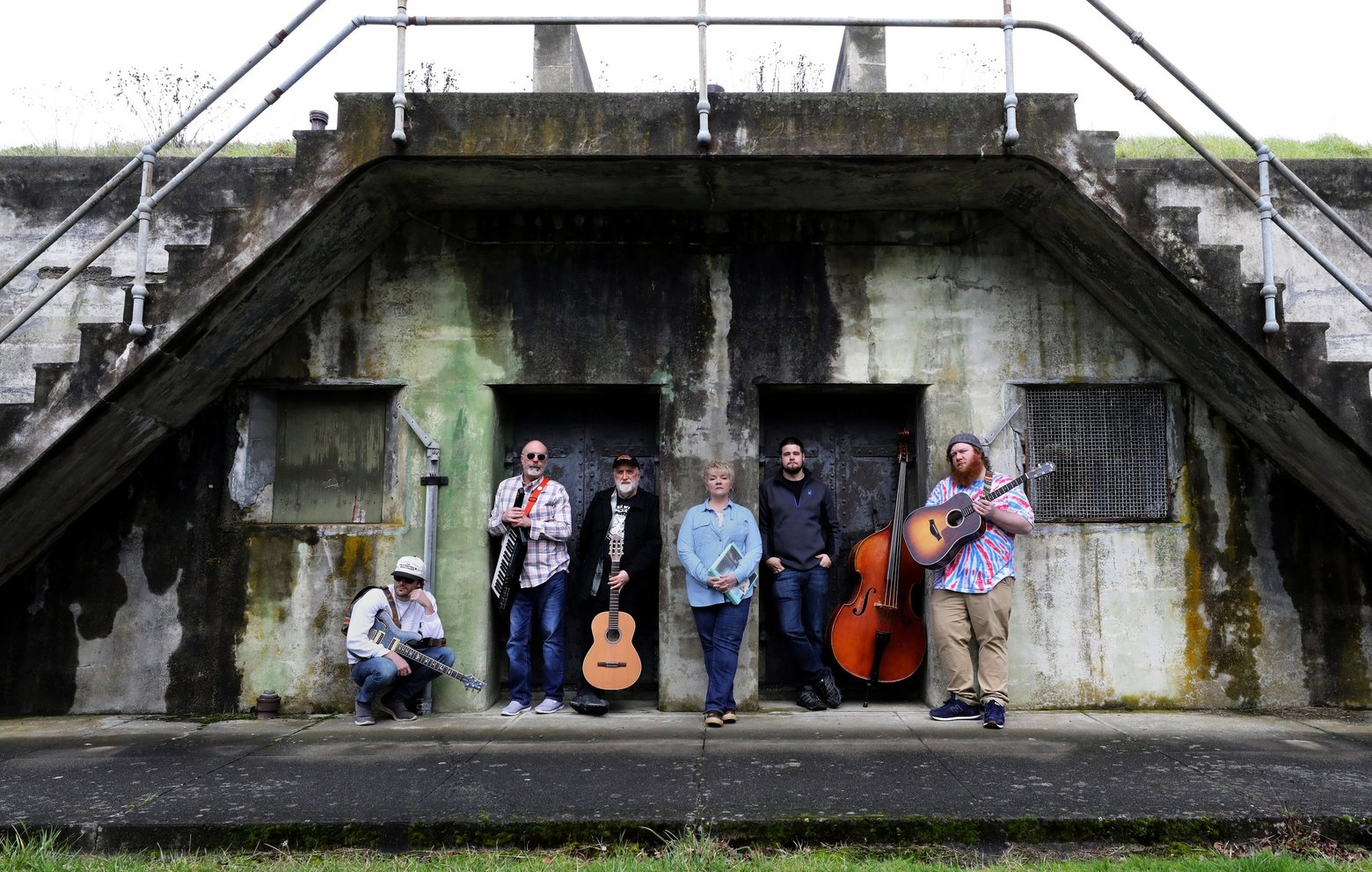 From the In an empty munitions bunker at Fort Worden in Port Townsend, Ray Troll and his band, the Ratfish Wranglers, were rehearsing and recording two songs for an upcoming album. The only light in the old storage space was what spilled through the open, heavy metal doors. The concrete walls provided amplification and resonance.

The battlements used to protect Puget Sound from attack by sea. Obsolete by World War II, the last of the guns were removed never having to fire a shot in war. In 1973, Fort Worden became a state park. The park is now home to Centrum, a gathering place for artists like the Ratfish Wranglers, who came from Ketchikan, Alaska, for a weeklong residency to record songs and put on a performance.

Troll, an Alaskan Renaissance man, is an artist, author, naturalist, musician-songwriter and shameless punster. He worked in a print shop on Seattle’s Capitol Hill before moving north in 1983. “At 29, I got a job to sell fish in Ketchikan. I was a fish monger with an MFA from WSU.He fell in love with that place, though it’s one of the rainiest cities in America. He figured he’s endured about 5,550 inches of rain since moving there.

His gallery is on a creek that’s home to every species of salmon, so fish inspiration is close at hand.

“We all come from the sea and we throw in the science for free!” What other band does a song about omega-3’s? Their album “Where the Fins Meet the Frets,” is all about the benefits of fish oil for the mind and body. They’ve done a bluegrass song about trilobites, extinct marine arthropods.

Sea creatures also inhabit Troll’s art. T-shirts, many sold through museum shops, are adorned with his puns: “The empire strikes bass.” “Dungies and Dragons.” “The Baitful Dead.” “The DaVinci Cod.” He was honored by scientists who named a species of ratfish after him, Hydrolagus trolli, as well as the genus of extinct round-bellied herring, Trollichthys.

Troll believes “everyone should be in a band, regardless of talent.” “It’s joint creativity. It’s fun and takes a little bit of courage.” The new album is expected to be released early this summer.

Next December, the Burke Museum will feature Troll’s drawings and paintings from “Cruisin’ the Fossil Coastline,” the book he published with scientist Kirk Johnson, director of the National Museum of Natural History.