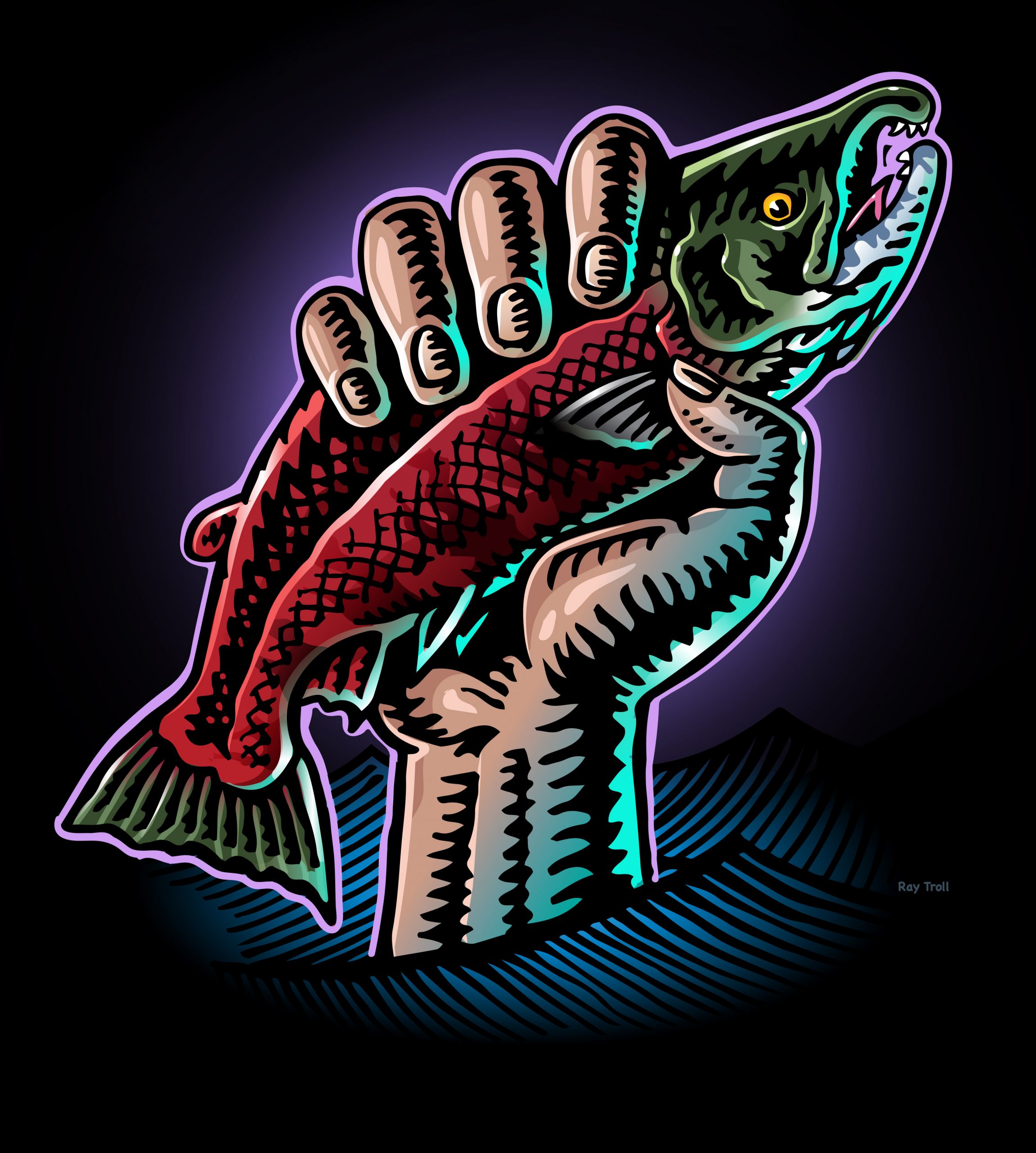 Back in late 2010 a number of activists came together to try to stop the Pebble Mine, a massive open-pit gold and copper mine proposed for Alaska’s pristine Bristol Bay area, home of the world’s largest sockeye salmon run. I was a part of the initial group that proposed a rock and roll music festival to garner attention to this dire situation, offering to be the uno-fish-al festival artist, a task I happily fell into.

Many, many people helped to pull the whole thing off. Jim Stearns and his wonderful family and his vast network of friends have been vital, key players all along. Anders and Hannah Gustafson and Renewable Resources Coalition shepherded Salmonstock into being back in the first few years. For various reasons the name evolved into Salmonfest in 2016 when Kachemak Bay Conservation Society and Cook Inletkeeper took over the sponsorship of the festival. Check out https://salmonfestalaska.org/about/

My key collaborator in making art for and AT the festival has been my buddy Memo Juaregui. He’s from San Diego but I’m certain he’s an honorary Alaska at this point. Memo designed and painted the main stage at  Salmonfest. Memo designed a new main stage mural in 2019, and I added a couple of fishy elements. My son Patrick Troll helped with the spray painting as well.

This is a photo gallery of the art I created over the years for the festival.