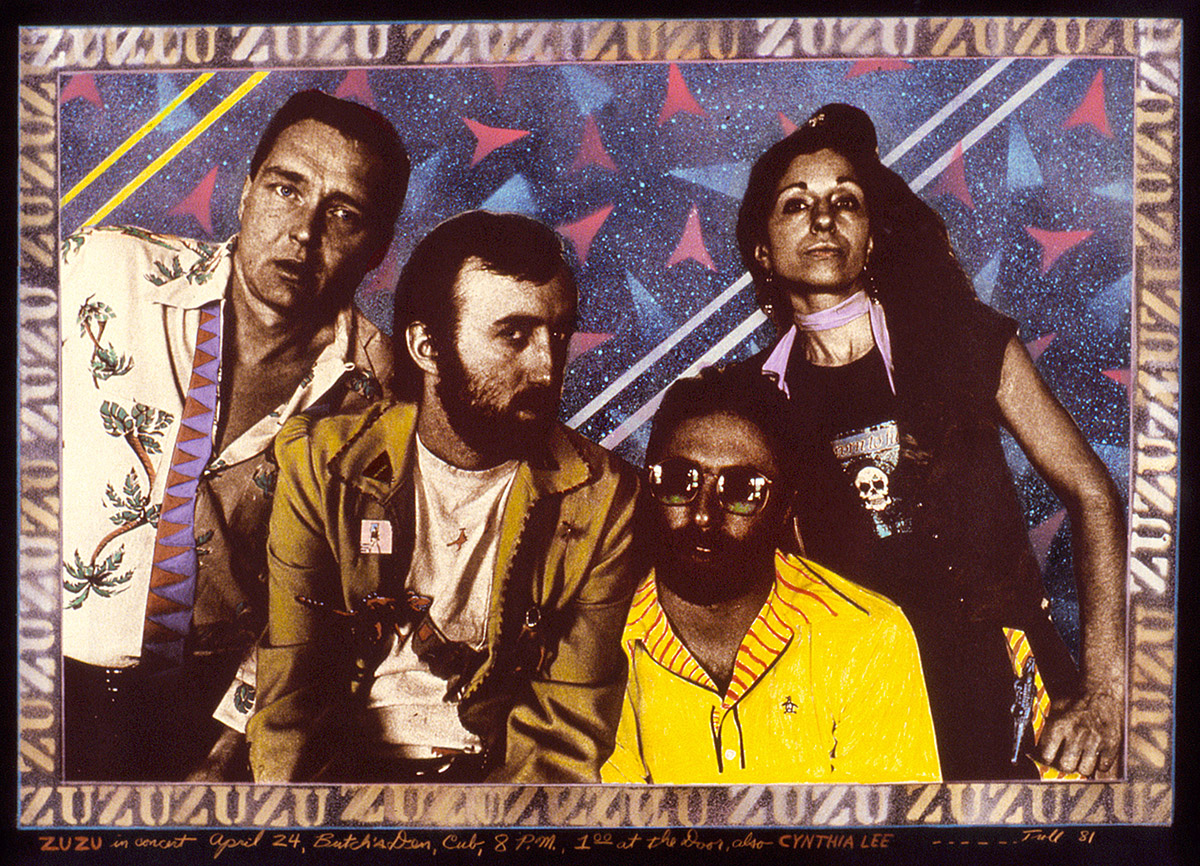 Back in 1980 I was in an art-punk-new-wave band with my graduate school professors Jim and Jo Hockenhull along with fellow MFA student Charlie Nathan. We called ourselves Zuzu. Who or what was Zuzu? I can’t really say, it just sounded like a good band name. Jim and I wrote the tunes, mostly songs about space travel, robots, alien kidnappings, funny photographs and dark, twisted love.

We played a few gigs on the WSU campus in Pullman as well as one memorable performance in Spokane. Our big claim to fame is that we played the San Francisco Museum of Modern Art for a William T. Wiley exhibition opening. We made a few tape cassettes that circulated amongst our friends. The band dissolved when I graduated in 1981.
Almost 40 years later Jim had a residency at the Sitka Center for Art and Ecology on the beautiful Oregon coast. I stopped in for a few days and with the help of my son, Patrick Troll, we recorded four of Jim’s original tunes.
Patrick recorded the sound and recruited other talented musicians to fill out the recordings (Liz Snyder, Alex Nelson, Grant Hoyt). He also edited and directed this music video featuring some footage of the 2018 recording sessions and my “arty” photos from 1980. Jamie Simmonds mixed and mastered the tunes.
Zuzu lives!